skip to main | skip to sidebar

Hello boys and girls. I lately came across of a manga style concept named "Shotacon" when I was on a drawing blog. I didn't know the definition of this style (I knew Yaoi, Yuri, Sentai, Shojo, Shonen... but not this one) so I went on Wikipedia and saw the definition. I must admit I was socked at the first impression. But, the problem is that : I like a mangaka who draw "shotacon" (I didn't knew it was that) and I really like his work (really good color and lines technique). The thing that bothering me is he's in that category but he draw only teenage boys (15-17 years I guess) love and sex life (nothing between adults and young boys). So is it really Shotacon or not?
Another thing, I saw "Card Captor Sakura" was in that manga style too *_*. I was a big fan of this stuff (all stuff from CLAMP actually XD ) and I don't remember any controversy about it. And when I think of this, there's a lot of manga with love stories between boys and girls under 16 years who are famous around the world.

I want to know if you were aware of that information, what do you thing, is it dangerous to like this kind of art, is it something against the law or the moral, is it forbidden in your state or country?..

Remember, I don't like pedophilia or stuff like that, I want to be clear on it.
Publié par KAZE HOUSE à 16:49 9 commentaires: 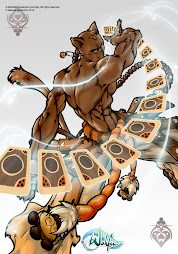